Kyle Cease and Doe Paoro on the need to let go 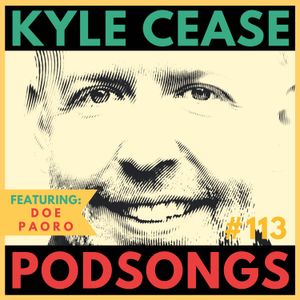 Can you learn to let go? This is what Kyle Cease challenges Doe Paoro to do in their interview together in this episode of Podsongs.

New York Times Best Selling author Kyle Cease has a gift of merging comedy with personal transformation.  As a comedian, Kyle had two #1 Comedy Central specials and was voted as #1 ranking on Comedy Central’s Stand-up Showdown. After leaving his job as an award-winning comedian, Kyle dedicated his life to helping others and created Evolving Out Loud, which is a growing community with over 400 thousand members worldwide. Kyle has personally coached over fifteen thousand people and his YouTube videos have been watched over 60 million times.  http://kylecease.com/

Working under the name Doe Paoro, Los Angeles-based singer/songwriter Sonia Kreitzer blends elements of soul, R&B, dubstep, and dark-toned pop. After earning critical accolades with her self-made first album, she signed to Anti-, working with members of Bon Iver and making her label debut with 2015's After. Slow to Love Following a trip to Tibet, the Syracuse native began recording under the name Doe Paoro, folding Tibetan opera vocal influences into her own minimalist pop sound.  https://www.doepaoro.com/

Yeah I tried
To let go
Of what could not hold

Well I promised myself a love
That wouldn't rely

On anyone else's choosing me
This love never dies

--- Send in a voice message: https://anchor.fm/podsongs/message